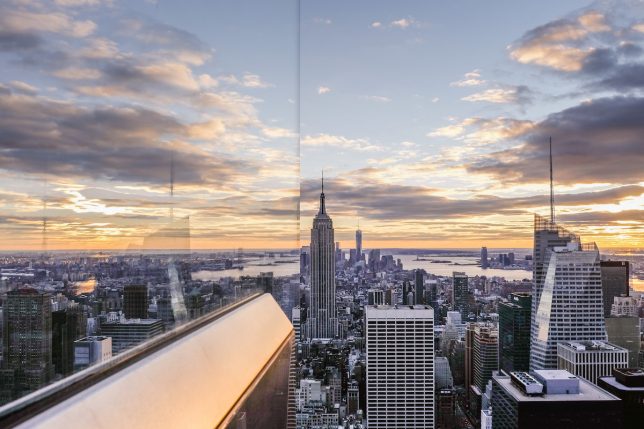 There is a persistent idea that anything organized or done in an effort to make a profit is necessarily bad. At the same time, many believe that any organization that is not for profit, or even better, a government agency or governmental entity, is free of the perversities and corruptions that we sometimes see in for-profit enterprises.

In fact, there is a healthy competition between for-profit corporations and not-for-profit entities like charities, NGOs, and governmental agencies for your money and attention. But it is important to remember that each type of organization is subject to potentially perverse incentives.

For corporations, the incentive is money. The idea that a corporation might make money (and improve the lives of its customers and shareholders) disgusts many young Americans as collectivists blame corporate America for every ill.

But what is the incentive for nonprofits? In most cases, the motive is still profit. Almost every nonprofit organization is run like a corporation with the exception that they get an unfair competitive advantage by not paying taxes. Nonprofits are, like corporations, judged by the bottom line. Nonprofit hospitals are a great example of this. The dollar is still king for these organizations, and they provide well-paying jobs and benefits to executives and others in the organization. The only difference is that they don’t have value-seeking shareholders; yet they are often still obligated in some manner to bond-holders or other stake-holders and they run a business-like enterprise. They also trade with the currency of power. All groups of people and all organizations seek power in their fields. Nonprofits are no exception. Like corporations, nonprofits focus on growth, rather than sustainability, and they use and abuse business tactics to achieve this growth.

Charities lie as much or perhaps more than even businesses; the Red Cross, for example, famously claimed to spend 91 cents of every donated dollar on programs that help people, even though it also costs them 18 cents to raise every dollar, plus other overhead and management costs. When Red Cross then donates dollars to other organizations that equally confabulate and squander, it might be that far less than half of your cash donations benefit people other than those who work for the charities involved.

And what about governments? Governments aren’t beholden to shareholders either, but this really just means that they don’t have to make any attempt at all to be financially responsible. The main currency for governments, and the politicians who run them, is power. Sometimes power is enough, but more often this power is exchanged for money at some point. This might happen directly through interactions with donors or it might happen indirectly when a member of a government agency create policies and regulations that only those with power can navigate. This is valuable and can be exchanged for cash when, for example, a former FDA official goes to work in the private sector. Government politicians and bureaucrats are perversely incentivized to consolidate certain powers for themselves, then sell them to the highest bidders.

In fact, the very thing that many people hate about corporations has more to do with the government than the corporations themselves. If you have ever been angry at large corporations like GE who pay almost no taxes and who bilk the system for subsidies and advantages, don’t be; be mad rather at the government that stole all that power and sold it back to the corporate lobbyists or through high paying jobs in the industry. The government and those who work for it – lobbyists, ex-officials, etc – excel at creating an unfair business environment where their knowledge and power is valuable.

The point is that all systems are wrought with perverse incentives and all people want any advantage available to them to succeed. It’s human nature. If you view the Red Cross any differently than Wal-Mart, then you are naive. Worse, if you view the government as a more ethical expender of your money than a private corporation, then you’re coo-coo.

Bias, secondary gain, greed, and power aspirations are universal. They infect those who work in the private sector no differently than they do those who work in the public sector; in point of fact, the structure of the public sector makes it worse. When General Motors gets it wrong, you go buy a Ford (or a Dodge or a Toyota or a Honda or any of a dozen others). When the EPA or the DHHS or the FDA gets it wrong, well, you pay taxes (or go to prison).

How do government agencies consolidate and gain power? By convincing you that they do a thing that only they can do and that life as we know it would end without them. The Founders realized that this was true of some things. So, for example, they enshrined in our Constitution the need for the government to protect our borders and deliver the mail. In retrospect, they probably got the mail thing wrong.

But other government agencies aren’t held to the same standard as the private sector. Take the Department of Education (ED) for example. When most people hear discussion of elimination of this department, they can’t imagine the dastardly consequences of doing so; life as we know would certainly end and people would stop learning to read. Didn’t the Founders know what they were doing when they made the ED?!

Well for starters, the ED didn’t exist before 1979 and it came into being amidst bipartisan opposition. It was a classic government power grab and consolidation. In the 30 years before the creation of the ED, education was thriving. The number of college matriculants quintupled and graduates tripled. College costs were low and reasonable, providing a good return on investment for students. Student loan debt was a mere $2 billion by 1978. The cost of college was actually going down.

Since the ED came into being, the cost of education has soared beyond imagination. Education has become an industry that seeks every opportunity to tap into government-guaranteed and unsecured loans, with no link between expense and outcomes. Overall, the costs are about double today compared to what they would be if the same rate of growth as existed before the ED had continued.

The percentage of college graduates from the lowest quartile economically has actually decreased since 1980, meaning that poor students are increasingly disadvantaged.

Graduation standards have been repeatedly lowered and grade inflation has become commonplace as schools seek to satisfy ED “standards,” if only on paper.

Our current system over-emphasizes a college degree, leading to high rates of under-employment (like the Starbuck’s barista with a Masters degree) and lower rates of technical school graduation, creating a shortage of highly skilled workers in many industries.

I could go on and I understand that these are all complex issues. But a strong argument can be made that the Department of Education is not only unnecessary, but that it has been the main contributor to many of these problems, including the current $1.3 trillion student loan bubble (remember it was under $2 billion when I was born in 1978). But the fact that it sounds ludicrous to most people to even discuss eliminating this Department shows how good government is at convincing people of its importance.

What’s true of the Department of Education is true of many, many other departments. Keep this in mind when you think we should have a single payer health care system administered by the government because the big for-profit corporations can’t be trusted. At least Blue Cross Blue Shield can go bankrupt if it keeps screwing up.

But didn’t greedy companies get our healthcare system to the place it is? Didn’t the free market and corporate greed conspire to cause our current healthcare problems? Not quite. We have had a government monopsony on healthcare for decades, creating the type of interwoven public-private mashup I described before. It’s the worst of all systems, where the only ones who truly thrive are the power owners. Yes, that might be insurance and big pharma CEOs, but it’s also government cronies, who already spend two-thirds of all healthcare dollars in the US. Record costs for pharmaceuticals and health care expenses in general have happened because of our government, not despite it. The lack of transparency in pricing, the nonsensical regulations and red-tape, the charge-any-price-and-will-pay-it environment that has let Big Pharma rob us blind – all of that, happened because of government.